Brothers Of The Nile

I am now a “brother” of the Nile. It feels as though this grand, lengthy and luxurious river is a vein in my own body. It will always share its life with mine.

By now, I am quite familiar with Luxor, a major Egyptian city that straddles both sides of the river, and the home of many important historical sites from ancient civilization. I have visited most of the key locations, and especially like Karnak (founded 3200 BC), with its massive ramparts, scores of tremendous columns, inscrutable, exotic hieroglyphics carved in its walls, granite floors, and immense totemic sculptures of human forms and guardian beasts. Over thirty Pharaohs contributed to its formation over scores of generations. It is the second largest ancient religious site in the world, after Angkor Wat Temple in Cambodia. 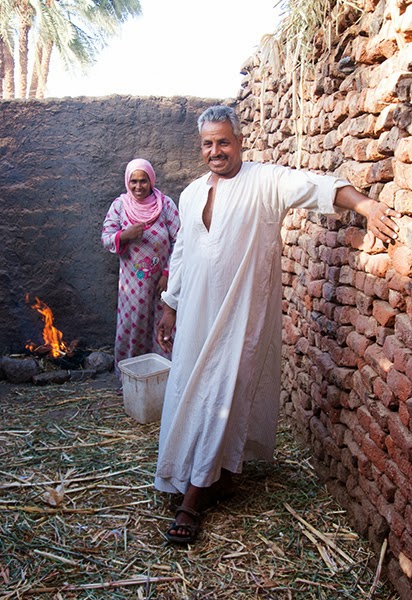 On my first visit in 2008, I made friends with the captain of a felucca, a traditional sailboat now used primarily to take tourists on Nile River sailing jaunts. Abul Ez and I became friends and I often visited with him and his family in their humble home of earth on the West Bank of the Nile at Luxor. After a week, when I left to continue my world travel, he said, “Do not forget me and my family!”
During the years since then, I often thought of Ez, his family, Egypt and the Nile—so I returned. I did not seek Ez immediately, since I needed some time to unwind from a busy two days in Cairo, and Egypt is very hot and I am easily drained of energy while outdoors during most sunlight hours. So, I avoided the extremes and stayed indoors working on writing, painting and correspondence. Then, as I suspected, it was easy finding Ez, especially with the photo I brought with me to the West Bank.

When we arrived at his home in the early evening, it felt familiar. I brought gifts to his wife and children and once everyone got over the surprise of my visit after six years, we settled into a happy feeling. I took note of how the four children had grown and also, the new addition of one boy, Yusef. As we sat in his tiny front room of earth and he smoked flavored tobacco in his water pipe, he smiled at me and said, “This is your home!” 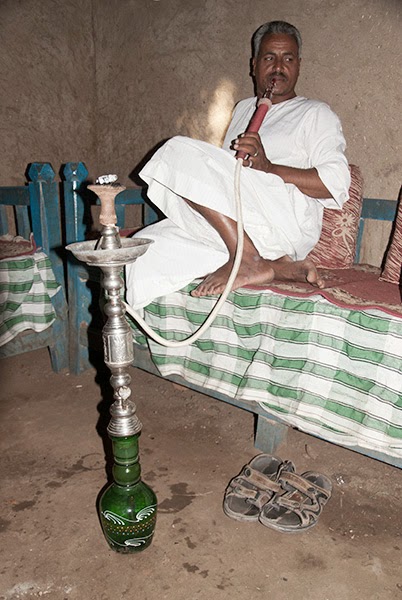 Since my last visit, Ez has traded his felucca for a motorboat with canopy that seats a dozen people. He has more business, since he can quickly and easily ferry local people across the river and back. He has a motorbike, and now there is a television in his house. Otherwise, he looks much the same and has hardly aged . . . being robust and with vigor. The family still live humbly. Today at lunch, the meal was so delicious, and a flavorful soup was spicy and my nose began to run. I asked for tissue, but there was none in his home, so his wife tore a cotton rag and this is what I used for my nose. I am so comfortable here, and he reminds me that we are brothers, and I feel the same.