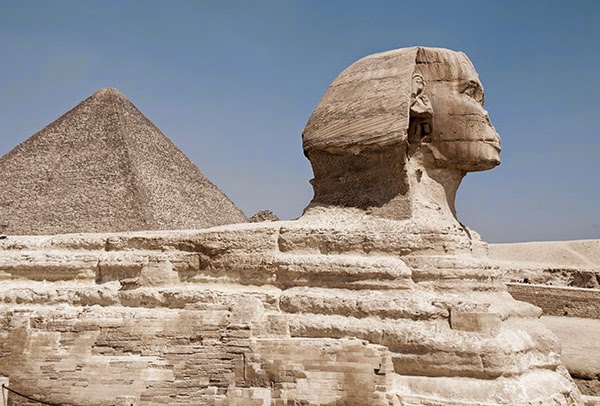 My hotel in Cairo is so close to the Pyramids, that when I wake up in the morning and open my curtains and stand on the balcony, the Sphinx is looking at me with its imperturbable gaze. The face is that of a man, the hair of a woman, and body of a lion. Close by, three pyramids are prominently in view; Cheops, Khufu, Khafre. Six more are in the vicinity.

The streets bustle with chaotic activity, and as I walked yesterday I realized that Heidi Of The Mountains would have no taste for walking with me through the grimy avenues, full of the stench of cars, garbage, and animal waste; camels, horses, and even sheep. It reminds me of other cities I have visited that are disheveled and crowded, and without beauty—like Calcutta, and Nairobi. Local people are oblivious of the mess, never having known anything different, and have a gritty determination. Be that as it may, there are many gems in the coal pile, and I find them. Adventure calls me forth, and with an open heart, THE DREAM unfolds marvelous circumstances. I have met Abdúl, a man in his fifties who speaks good English and has befriended me. After consideration, I accepted his overtures, and went to his home near the pyramids and had dinner with his family . . . even dancing with his little grandchildren while Arabic disco music played from the popular television station. At night we sat on his roof and watched the fantastic light show that plays every evening after dark at the pyramids. It is complete with dramatic music, narration, and shifting colors of lights that play on the Sphinx and pyramids.Today, in a barber shop I had the best shave of my life. I had asked my friend where I could buy a razor to shave, and he said no, “I take you someplace much better.” Sure, the place was rundown and grimy, but the shave was perfect—better than I do to myself. 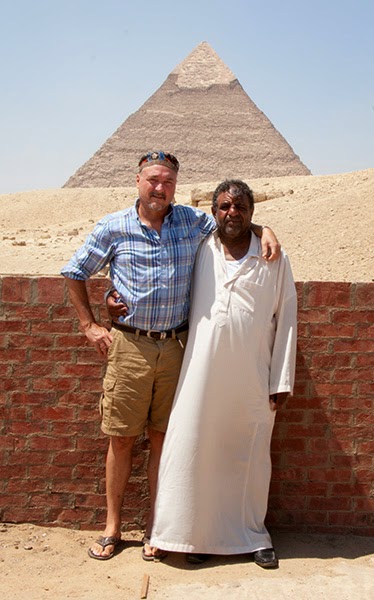 This afternoon, I fly one hour down the Nile to Luxor, and when I return to Cairo in one week, I will stay with Abdúl and his family. 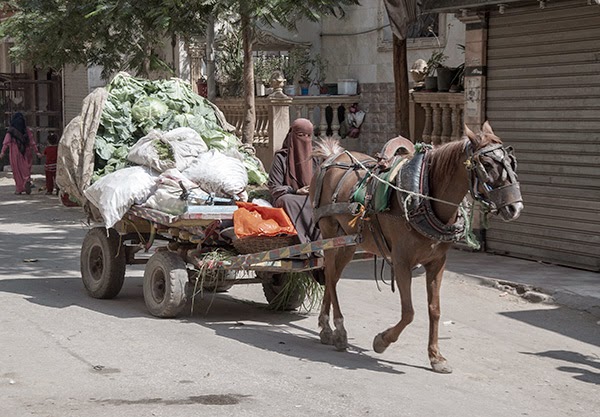