A big wind knocked over a panel of sheetrock in my backyard. It struck a jade plant I had placed outdoors for the summer months. The jade is old—over forty years, and has sentimental value to me. Since it arrived as a twig in a pot, it has been with me through thick and thin over the decades, bearing silent witness to my life and changes.

When the panel hit, it's main limb broke off, as if a person had an accident and lost their leg and arm. I grieved a few minutes, then determined to care for my plant and watch it reshape itself from its deformed state. I saved the broken piece to put in soil and see if it would live. 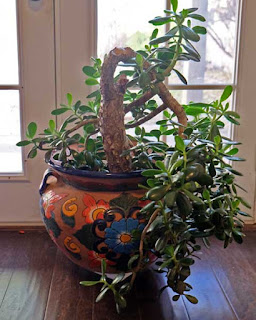 It has been several months, and both plants are living—the power of regeneration. 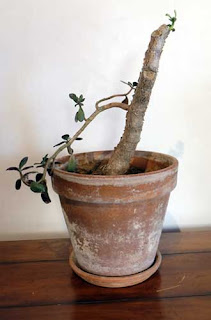 This is what I have had to do many times. The wind of fate breaks like a storm upon my life and though I feel crushed, even unable to move, something stirs within to regenerate and flourish again. 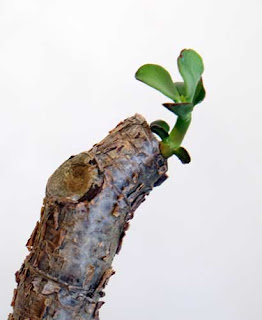