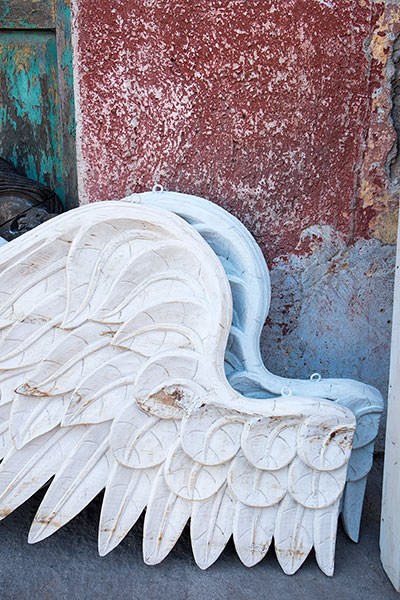 The ancient Greeks believed Chaos was the first thing to exist from which the primordial deities came; including Gaia, the ancestral mother of all life, Eros, a god involved in the birth of the cosmos, and Tartarus, both a deity and a place in the underworld—also the unbounded first-existing entity from which the Light and the cosmos are born.

The word khaos means "gap" or "chasm" being the space between heaven and earth.

Chaos has always been a partner to me in life. During early childhood, it was a natural part of magical life and development. Yet like everyone else, I was trained away from it in favor of order. Then it felt like waging war between good and evil.

When this happened a deep division came into my life. From then on I felt as though walking a tightrope. To fall was to descend into the chasm of chaos.

I remember being with other teenagers and driving out on the town one night. When the music was being changed between channels, static came on and I said "leave it there." Everyone laughed but I preferred it for awhile;  the little interval of chaos.

Shortly thereafter, I became afraid of dark forces in the universe and in myself, and turned against chaos. I suffered. Part of the equation of existence is that in life, mistakes happen, surprises occur, plans are upset, the unexpected happens. Chaos is in everything to some degree. 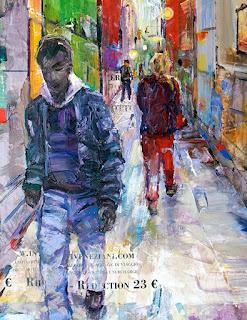 The "chasm" between heaven and earth is a fertile place. I believe, as did the Greeks, it is where creativity begins.

I have become stubborn about leaving space for it.

In my artwork, some of the best results come when there are "happy accidents". The mind comes to an impasse and sort of collapses into "unknowing" . . .  a place is messed or destroyed on the canvas yet in the destruction the hint of something with great beauty and clarity arises like a phoenix. It could only come about through destruction.

When I am out on the streets photographing, I often stop to study and take pictures of random textures and forms that seemingly come from chaos. Sometimes they are quite beautiful—the scrapings across metal, leaves floating in streams, random blazing clouds at sunset, or many other chance interchanges that leave marks upon nature.

I have learned in myself too, to make room for surprise. It is necessary. 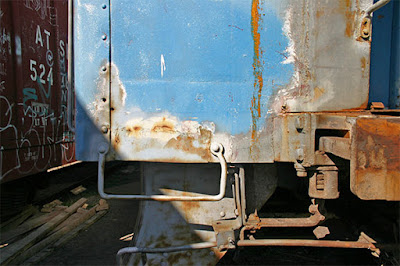