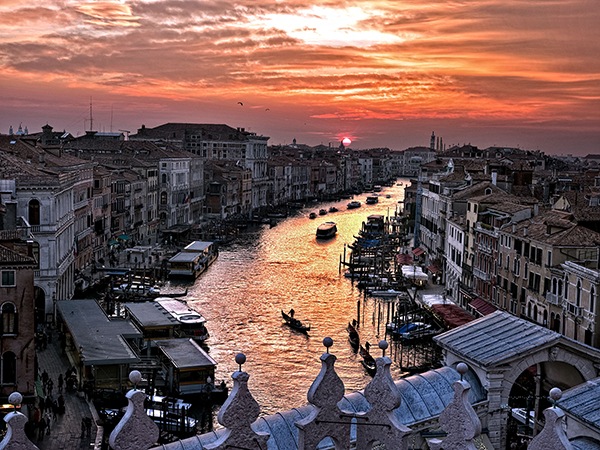 The fog I hoped for never arrived during my month in Venice. I kissed the city goodbye—with light so brilliant it seemed the canals were alive, covered with glistening jewels.

Cristiana stopped by to bid farewell. We embraced, took a last deep look into each others eyes and she went off to work while I headed through the passageways with my luggage. 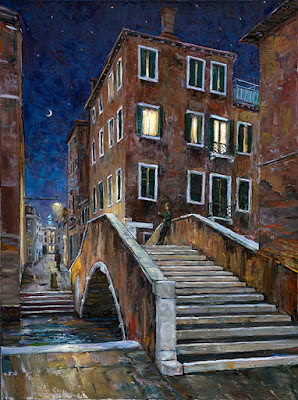 I walked slowly. Passageways are intimate, only three people wide. An excited, bubbling boy brushed by with his mother. He seemed about nine years old and brimming with enthusiasm. It’s good, I thought.

Suddenly I wanted to hold the last moments and looked intensely around. Campo stones, crumbling brick walls, windows with green shutters, the trembling canal waters underneath foot bridges in all directions—pressed to my soul for safe keeping.

For some reason I felt healthier, stronger than when I arrived. The luggage was not so burdensome and my spirit felt light.

At the Grand Canal I waited to catch the boat to the airport. Everything was at peak brilliance in early afternoon light. I felt remorse having to leave. My camera was packed and I wanted it. Wow, I thought, look at the sun glowing from the buildings. Reflections on water danced and leapt like light from iridescent scales of fish.


I finished four paintings and shipped them back the United States. The last five days found me with my camera walking endlessly through the sestieri, hunting for reflections, for gondolas in canals passing beneath bridges or bobbing alongside the lagoon. I went numerous times to Piazza San Marco and reveled in its dimension and supreme workmanship, photographing with throngs of people becoming a blur of motion. 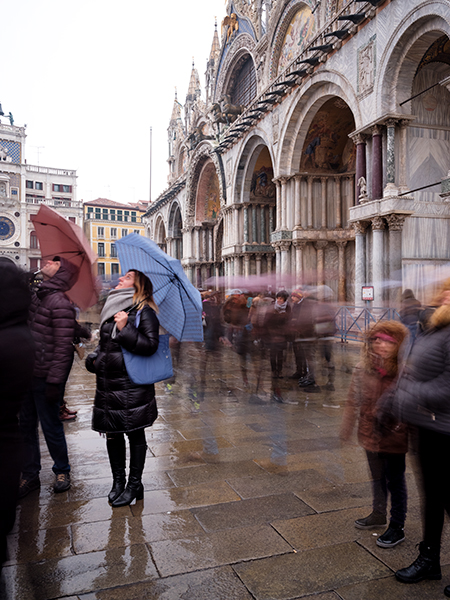 Up until the last day I added to a series of pictures of tourists taking “selfie” photographs. Just on Rialto Bridge I figure about 3000 a day are made. 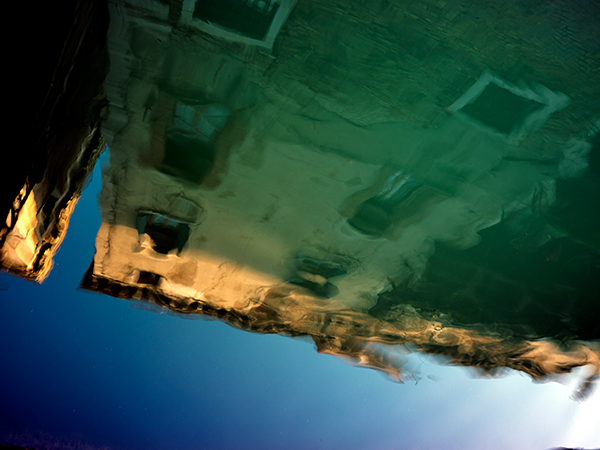