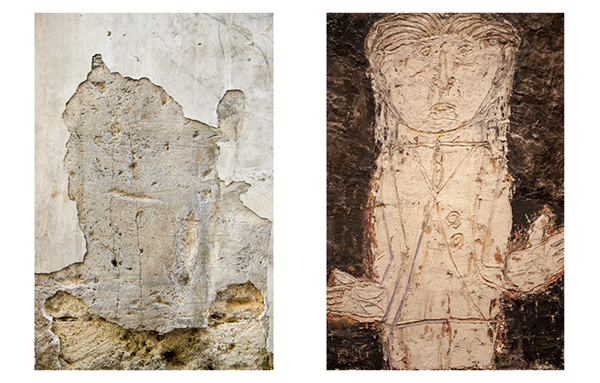 Often it happens that after I have spent hours in an art museum, when I come out onto the street, I see life differently—as if everything before my eyes is a painting. This effect lasts intensely for a few minutes and then wears off. But for those first moments, I am in an entrancing altered consciousness and seeing with new eyes.

(The above two images are an example. The image on the right is by famed French expressionist Jean Dubuffet. His work is in museums around the globe. The image to the left is a photo I took on a street in Granada, Spain.)


Viewing abstract non-objective art is so abstrusely personal it can seem to be anything in ones mind’s eye. Later, with an opened imagination out on the street, cracks in the pavement or ripped posters or the blur of traffic becomes art; because that is the way we have been thinking and experiencing visually. It has happened to me many times.

The image on the left below is torn poster paper I spotted on a street in Amsterdam, Holland. The image on the right is a large painting by the famous American abstract expressionist painter, Franz Kline. 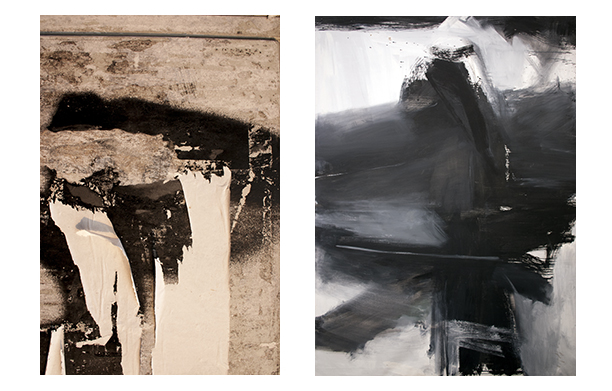 Sometimes photography and art are closely related. A giant of twentieth century photography, Man Ray is on the left, (below). Henri Matisse's work, is on the right. He also worked in Paris at the same time, but is known for his drawings and paintings.

I love art! It expands my vision and creates new ways for me to see the world—with fresh eyes.