A Sojourn of THE DREAM 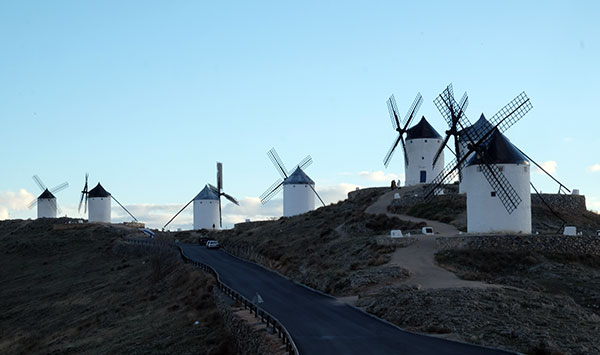 Can it be we have arrived back to where we began? It feels as though a thousand suns have risen and set; not the sixty we experienced.

Amy and I began our sojourn exotically enough in Oaxaca, Mexico during the peculiar celebration called Dia de Muertos, or Day of the Dead. Dancing skeletons, candles in cemetaries, masks and music on the street all began us in a sojourn of THE DREAM.

Next, Mexico City brought us face to face with Frida Kahlo and Diego Rivera. Streets teemed with moving masses of humanity, rather childlike . . . even as little boys strummed guitars for endless hours gathering small change from tips. We found fake money in our wallets that local people spotted right away and refused to take. 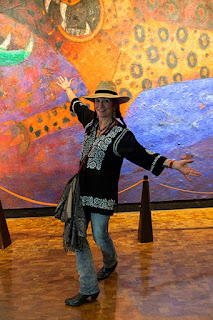 Onward to Granada, Spain, in the “Old World.” Alhambra and its exquisite moorish castle perched above the city looked over to Sacromonte flamenco caves where every evening plaintive guitars, singing, stomping feet and castanets held forth. 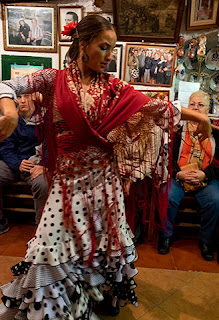 Don Quixote, by Miguel Cervantes, entertained us each night before sleep. We read his knight-errant quests with his squire Sancho Panza, and attack upon windmills that he thought to be giants . . . then we visited the windmills, set high on a hill above a sleepy town called Consuegra. 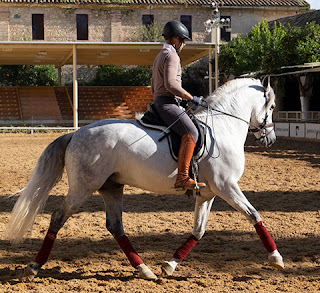 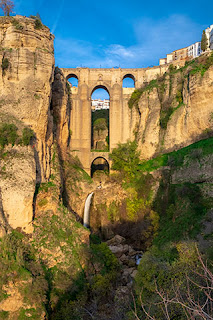 Our rental car took us through seemingly endless landscape of olive trees to Cordoba, another famous Spanish city. I took plenty of photos of Andalusian horses and riders of the equestrian shows there.

We arrived by chance to Ronda and found it entrancing . . . so much so that Orson Welles chose to have his ashes thrown over the grounds . . . not far from the famous bull ring where Ernest Hemingway and Pablo Picasso took in the action. 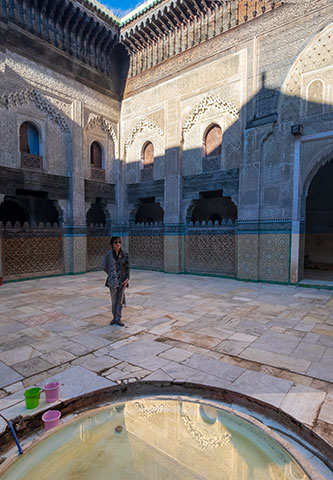 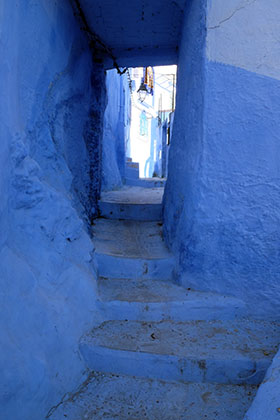 At Gibraltar, on a Mediterranean beach under the famous ROCK looming nearby, Amy collected tiny seashells strewn on the shore. A short boat ride across the sea and Morocco captivated us with spices, veiled women, donkeys, sheep, hashish, and ubiquitous mosques calling to prayer five times daily. Chefchaouen and its blue walls painted poetry all around us in the Atlas Mountains. By taxi we reached Fes and found ourselves living in a mansion with courtyard in a labyrinth old town surrounded by thousand year old wall. A modern train ride to Tangier gave us respite from the chaotic grit and grime of street life and quickly we fell under the same spell that bound the beat poets and writers.

Back in Spain we rented a car again and found a hotel in Seville, then an apartment in the old walled part of Toledo where vehicles aren’t allowed. Narrow cobbled passages lead from church to church, castle to castle, with shops lining each side. El Greco spoke to us through his portraits from the sixteenth century in his own museum. 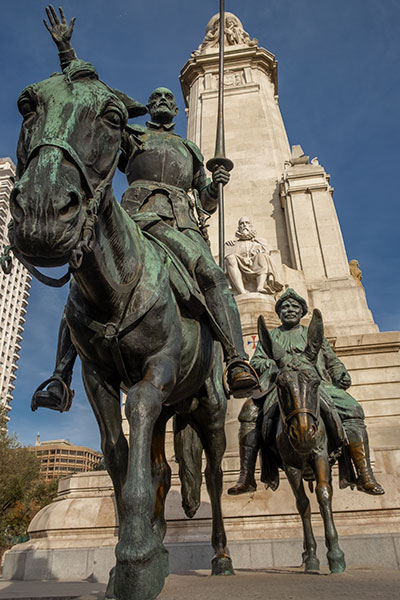 At last Madrid and an apartment for a week one block away from Plaza de Espagna. There is found Don Quixote and Sancho Panza—at a monument with Cervantes himself looking over them. Every day we ambled among masterpieces of art in museums Madrid is famous for. These artworks celebrate THE DREAM in all its facets. And now we are far richer for the adventures it has offered us.
Posted by Steve at Monday, December 31, 2018
Email ThisBlogThis!Share to TwitterShare to FacebookShare to Pinterest
Labels: Cervantes, Chefchaouen, Don Quixote, dream, Fes, Granada, Madrid, Mexico City, Morocco, Oaxaca, Ronda, sojourn, spirit, Tangier

Welcome back to Santa Fe...Chip