Eager To Be There 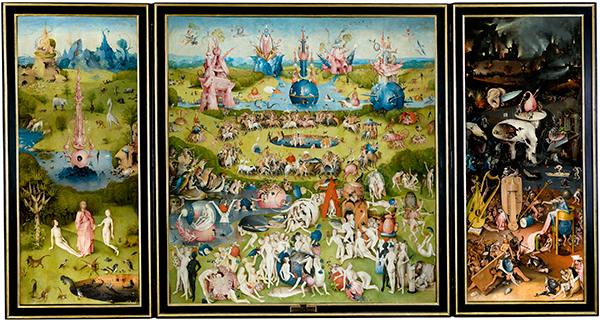 Before Amy and I set foot in Madrid, Spain, I was already eager to be there. It is one of the great destination cities of the world for many reasons, but I hungered for the art in its museums.

I grew up in metropolitan areas, especially Washington DC where there is a plethora of world-class museums. Furthermore, my travels have taken me to wonderful art museums around the world. Usually I am in my hometown of Santa Fe, NM. It is an art mecca in its own right, but this is because of living artists that work and exhibit in its galleries. My gallery is in Santa Fe.

There are three fabulous museums in Madrid that are above the others: The Prado Museum, Museo Nacional Thyssen-Bornemisza, and Museo Nacional Centro de Arte Reina Sofia.
We went to all three during our week in Madrid. There are many highlights in each that would take pages to describe.


The Prado Museum is the most famous and has the richest collection of art in Madrid. There are always lines of people outside the doors queued at the ticket booths. We bought our passes online and did not wait long to enter. The first room we went in was devoted to paintings by Hieronymus Bosch, ( Dutch, c. 1450 – 9 August 1516) described as a “hugely individualistic painter with deep insight into humanity's desires and deepest fears." A crowd stood in front of perhaps his most famous work, The Garden of Earthly Delights. We were able to edge our way in front of it and stand mesmerized, studying its mysteries.  The painting is full of curious, magical and meticulously rendered imagery and to me, was worth the price of entry if only to stand in front of it. “The inner centerpiece is flanked by heavenly and hellish imagery. The scenes depicted in the triptych are thought to follow a chronological order: flowing from left-to-right they represent Eden, the garden of earthly delights, and Hell. God appears as the creator of humanity in the left hand wing, while the consequences of humanity's failure to follow his will are shown in the right.” -Wikipedia.

Museo Nacional Thyssen-Bornemisza is a gem of a museum and incredibly, built upon the collection of one family. When we went, there was an in depth exhibit featuring the work of Max Beckman, one of Germany’s leading 20th-century artists and among those the Nazi’s mocked during the infamous Degenerate Art Exhibition (Munich, 19 July to 30 November 1937). But the knockout that was worth the price of admission was a gem by Rembrandt, Self-portrait wearing a hat and two Chains (ca. 1642 - 1643.) Rembrandt painted numerous self-portraits throughout his long career and this is among his finest. I was impressed by the excellent condition the work is in. Lushly painted in a style that many have copied since but none have achieved, the painting breathes—as though you stand in front of Rembrandt and are in conversation with him. 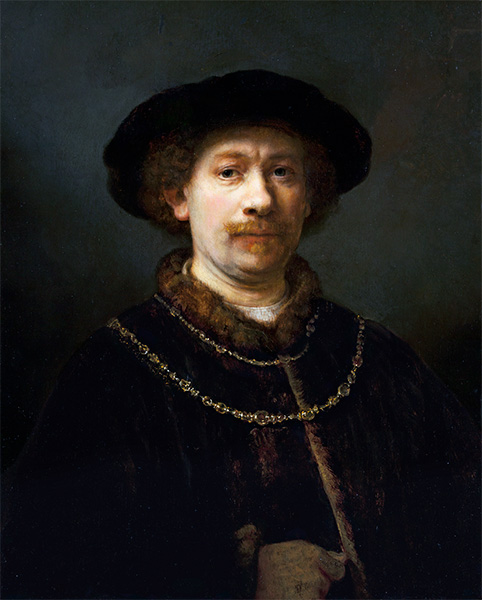 Another day, from our Madrid downtown apartment, we walked to Museo Nacional Centro de Arte Reina Sofia. It is the “modern” art museum. There, we found one of Picasso’s most famous paintings; Guernica. He painted it in Paris in 1937 in response to a vicious bombardment on a Basque village in northern Spain just prior to the outbreak of WWII. Although the piece is immense, measuring 11 feet high x 25 feet wide (349.3cm × 776.6 cm (137.4 in × 305.5 in), a crowd stood in front. It is absent of color, but profound and absolutely daring—“regarded by many art critics as one of the most moving and powerful anti-war paintings in history.” — “for Picasso: ‘The women and children make Guernica the image of innocent, defenseless humanity victimized. Also, women and children have often been presented by Picasso as the very perfection of mankind. An assault on women and children is, in Picasso's view, directed at the core of mankind.’ (- See article)

Amy and I felt as though Picasso painted our emotions about conflict and its disastrous result.


While Picasso was living in Nazi-occupied Paris during World War II, one German officer allegedly asked him, upon seeing a photo of Guernica in his apartment, "Did you do that?" Picasso responded, "No, you did."