The Most Glorious And Sensual Object 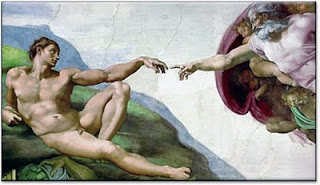 My model had posed nude for an artist drawing group I attend, and that is where we met. She knew ahead of time what I wanted to do artistically but changed her mind about posing nude for photography.

Art expands our experience of life—what we do with the experience and how we respond is subjective, unless we have been indoctrinated by society and are looking at symbols such as flags of nations. I resist indoctrination, although it is extremely difficult to be free of persuasions born of repeated patterning.
The great American poet, Walt Whitman, caused uproar when his very sensual poems came to the public view and he questioned the puritanical norms of the day.

The bodies of men and women engirth me, and I engirth them, They will not let me off, nor I them, till I go with them, respond to them, love them. Was it doubted if those who corrupt their own live bodies conceal themselves? And if those who defile the living are as bad as they who defile the dead? And if the body does not do as much as the soul? And if the body were not the soul, what is the soul? The expression of the body of man or woman balks account, The male is perfect, and that of the female is perfect.
From I Sing The Body Electric, by Walt Whitman

When Whitman says that those “who corrupt their own live bodies conceal themselves”, he means those who associate shame with their bodies are also concealing part of their souls.

I came across something Pope John Paul II (18 May 1920 – 2 April 2005) said: "The human body can remain nude and uncovered and preserve intact its splendor and its beauty... Nakedness as such is not to be equated with physical shamelessness... Immodesty is present only when nakedness plays a negative role with regard to the value of the person...The human body is not in itself shameful... Shamelessness (just like shame and modesty) is a function of the interior of a person."

When I was in Florence, Italy and entered the Accademia Museum and first set eyes on Michelangelo’s David, it was cathartic. Everything I loved about the human form was before my eyes in all its glory. I kept wondering to myself, how could he have done this? After entirely encircling the sculpture several times and looking at the features from all sides, I began to study the faces of other people while they were looking. The expressions were of awe, wonder, and unabashed delight. And part of the delight was that David stood entirely naked. Heaven forbid that self-righteous bigots ever make this treasure on earth into something shameful, or “against God.” Then we know humanity has fallen into wickedness. In fact, during the middle ages, many nude sculptures and paintings had fig leaves added, and then when years later they were removed, the artworks were damaged.

Really, I cannot imagine taking sensuality away from art and literature. The most glorious and sensual object on earth is the human body. Let’s not burden it with guilt and shame more than it has been already.
Posted by Steve at Sunday, November 01, 2009
Email ThisBlogThis!Share to TwitterShare to FacebookShare to Pinterest
Labels: Baha'i, chastity, fig leaves, Human form, Michelangelo, modesty, nude, religion, Walt Whtman