Whenever We Ponder God 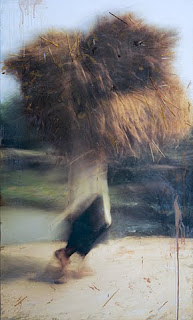 Whenever we ponder God, we are limited by the boundaries of our understanding, and soon find we must abandon hope of comprehension. For instance, our own bodies are largely mysterious to us . . . let alone the origin of matter. What I know is that the universe is intelligent beyond my imagination, that it is not by “accident”, nor is it simply the manifestation of un-intelligent chaos.

I think people have trouble accepting God because they want Him to conform to their expectations. They do not want to accept that an all-powerful, all-knowing Being who is loving will watch as horrible things occur in the world and people suffer. A “good” father would not create children with deformities who then suffer from birth and die prematurely; would He? Just looking around, we see that this world our perfect God created is far from perfect.
In my view, I still believe in God because the evidences of His might are everywhere. There is intelligence and magnificent power that exists throughout time and space and encompasses us. Certainly, when we see suffering that an almighty God could prevent, it is perplexing and painful. My daughter died of cancer when she was nineteen, and died horrifically. I watched as her lungs shut down and life turned against her, suffocating her slowly day by day, until she was gasping for air, the veins in her face and neck bulging in exertion and at last, she died. All the while, everyone was praying for healing and relief.

I believe that suffering and pain is a mysterious part of God’s plan, as much as joy, peace and happiness.

Naomi became wise beyond her years during her illness. In a way, her suffering became her teacher, and she grew enormously in this school. She said, “Hardship will make us stronger. I think that in every situation there is good in it.” See my book about Naomi, death and dying.

Many years ago, I had a dream about God: I was outdoors, at night in an open space, alone. I gazed up into the heavens and studied the small constellation called Pleiades. They were so far away in time and space and I knew God made them shine, but then how could He also be in little me too, here on earth at the same time? At that moment, a person, invisible to me and very near, spoke words that rang in my ears: “He is as close to you as your own self.” I continued looking into the night sky, gazing at the Pleiades, but instantly, a tremendous change in perception occurred within. I was no longer an outside observer of the universe, but felt the universe unfold inside of me, extending far beyond myself. The powerful shift in consciousness was startling.

Lately, as I go to sleep, I think of God and give thanks that He is Himself, (if you know what I mean.) 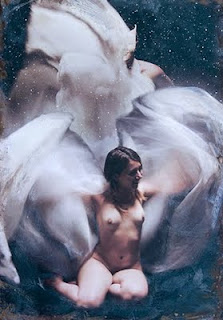 All Steven Boone blogs at My Fairy Tale Life