When Our Hands Touched 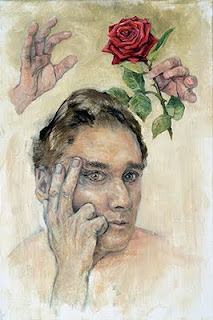 The two best handshakes that I ever received were from strangers. The first time was when I was a 20 year old student at New Mexico State University and William Sears, a prominent and important Baha’i, was visiting. He entered a room before he was to deliver a lecture and came to greet me. I knew who he was and felt amazed and slightly bashful to be suddenly in his presence. He outstretched his hand, and bowing slightly, greeted me warmly. When our hands touched, I was surprised at his humbleness. With humility and love that was palpable, I felt him put his whole being into our very brief encounter—so much that I felt lifted up. It has been thirty years since that handshake and I still remember the warmth and goodwill.
A couple years later I was traveling around the western USA in a car, visiting Indian reservations with four other young people, all Baha’ís. We arrived at the Pine Ridge Sioux Indian Reservation where a couple of my friends sought out an old medicine man they were acquainted with. We found him outside his small wood house out on the prairie. He stood tall, and deep lines furrowed his almond brown, weather-beaten face. His black hair flowed over his shoulders and as I approached him, he smiled kindly, and looking with great favor upon me, stretched out both of his hands to take mine. We stood silently for moments, our hands touching, without saying a word, and I felt as if I had come home. He gave me great love, even though I was a stranger. I can never forget that moment.
His name was Padagah, which in Sioux language means, “Hands in fire.” He told how he got his name: he was just beginning to do work as a healer and was called to the home of a sick man. When he saw the patient, who was in bed, their eyes met and he discerned that the man did not believe Padagah could heal him. Padagah went to the hearth, where a fire burned, and reaching into it, he pulled out a handful of red-hot embers and held them before his patient. After that, the sick man gained faith, and Padagah got his name.
One day, we were gathered in a room and I began praying for Padagah. I had my eyes shut, and immediately I felt his presence rebuff me, as if he put his hand out to stop my prayer with an emphatic, “No!” I halted my praying and felt embarrassed and surprised. I think that Padagah had such great inner integrity and native honor, that he resisted any aspect of my trying to impart a “message” to him. At the time, I felt humbled by his affirmation of his own native sacredness.
Another day, my group returned by car to his house along a dirt road. Padagah was outside in his yard, squatted, with his pants around his ankles, looking straight down at the ground, shitting. He did not flinch as we drove by, but remained perfectly calm in his contemplative place of pleasure.
Some years ago, I called the Pine Ridge Reservation, asking after Padagah and was told he had died.
William Sears died in 1992.
After so many greetings and introductions in my life, it is amazing that two of the most powerful and lasting impressions were from these two strangers who made me feel embraced in their presence. 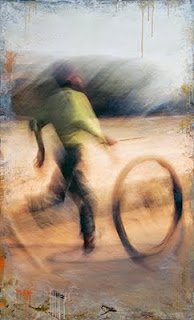