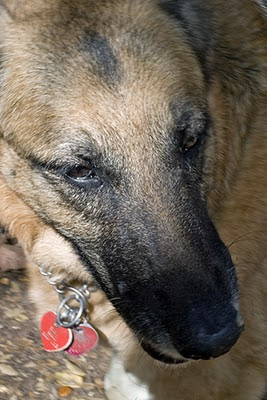 My mother, who lives in Santa Barbara, California, called and left a message on my phone the other day. Her voice was emotional as she spoke slowly and deliberately. “Hi Steven, it’s your mother. Our dog, Sarah, died December 1st. I put a sign out front for the neighbors—to tell them she had died . . . because everyone loved her. And I put on the sign a writing from Baha’u’llah that said, ‘Nothing do I perceive but I perceive God within it, God before it, and God after it.'  I wrote the name of Baha’u’llah on it, along with a picture of Sarah. Then everyone knew she had left us.” Her voice trembled and she cried a little as she spoke. I noticed the crying because my mother never cries.

They had brought Sarah home after a previous dog died. Sarah was already three or four years old. A German Shepherd, she had been abused by someone and was not trusting. Once she became a part of my parent’s household, she barked at anyone else who entered the house. I went to visit them a couple months ago and Sarah always barked at me when I came inside, even though she was deaf and too tired to stand. I noticed that she did the same with my brother who lives near my parents and has visited thousands of times. I had to laugh about that.

Sarah was treated with great kindness and even reverence. When she slowed down and could barely walk, my father cordially walked slowly by her side as she went out to do her duty every day. Both my parents, who are infirm themselves, would help her when she could only climb halfway into the car, and had to have her back legs lifted and then be scooted in. They said kind things to her every day, even after she had gone deaf. When my father noticed she was not eating, he'd get on his hands and knees and feed her. She ate the same food as my parents. I once joked with my mother that I was eating dog food when I noticed she had the same food in the dog dish as on my plate. She said resolutely, “Sarah gets the same food as we do.”

The dog lived much longer than perhaps possible, due to the love she received. My mother liked to say she was “the oldest German Shepherd in Santa Barbara.”

I spoke with mother after she left her message for me. She said many neighbors had seen the sign and come with flowers, or gifts, and to pay their sympathies. Surely, they had noticed a great love and now part of it had gone away.

"The one absolutely unselfish friend that man can have in this selfish world, the one that never deserts him, the one that never proves ungrateful or treacherous, is his dog. A man's dog stands by him in prosperity and poverty, in health and sickness. He will sleep on the cold ground where the wintry winds blow and the snow drives fiercely, if only he may be near his master's side. He will kiss the hand that has no food to offer, he will lick the wounds and sores that come in encounter with the roughness of the world. He guards the sleep of his pauper master as if he were a prince. When all other friends desert he remains. When riches take wings and reputation falls to pieces, he is as constant in his love as the sun in its journey through the heavens” ..... Unknown  (Possibly from an early American trial re: the killing of a neighbor's dog) 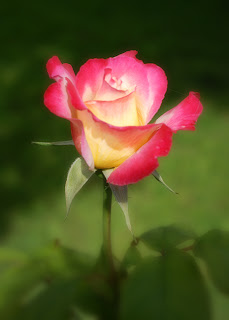 Posted by Steve at Sunday, December 12, 2010
Email ThisBlogThis!Share to TwitterShare to FacebookShare to Pinterest
Labels: animals, Baha'u'llah, death of a pet, Dog, Love and tragedy