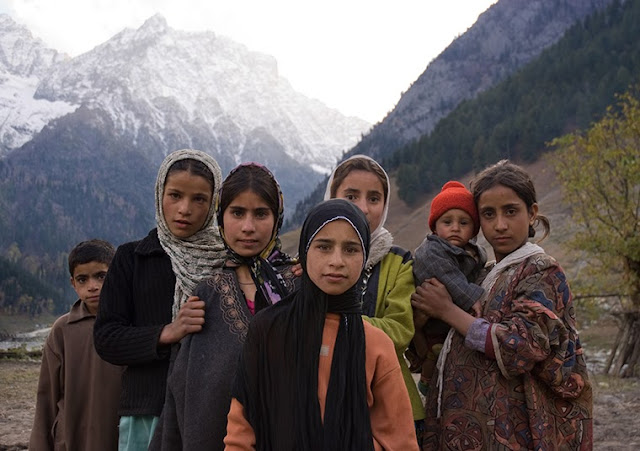 There are always two people in every picture:  the photographer and the viewer.  ~Ansel Adams

When I was in Kashmir, India, I went on a trek in the Himalayan Mountains, and during the journey stopped in a tiny hamlet to paint. I set up my easel to get a view of houses with the mountains rising behind. Children were the first to arrive by my side, but before long adults too, came to watch. I was entertaining them. Fortunately, I had my camera, and occasionally turned and snapped pictures of the onlookers. That day was quite memorable, and I came away with a painting, wonderful experiences, and a trove of photographs. Many are favorites from among 30,000 pictures I took in 2008. One in particular is a photo that came when I had finished painting and stood to smile at the young people. I motioned to a group that I wanted to take their picture and without a word, they quickly gathered and focused all their attention to me. In a second I had taken a marvelous photo, and then, a few more in succession. I have printed it as large as 34 by 44 inches and lived with it for many months . . . and never tire looking at it. The children are present, free from confusion and gaze openly with candor. They are dressed nicely in mountain garb, and have chapped skin from the climate. In some of the pictures, the village children show clothes that are stained and faces with dirt . . . and it's understandable since they do not have washrooms or toilets, but live close to nature. In the above photo, I like that they stand shoulder to shoulder as comrades. 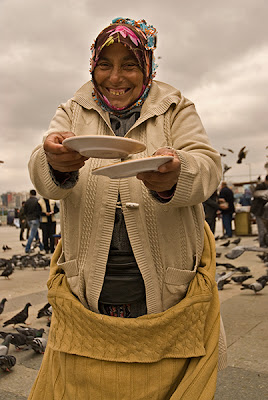 I had similar moments of serendipity when in the briefest of seconds an unlikely slice of time is captured forever. For instance when I was outside a mosque in Istanbul, Turkey, and noticed a big congregation of pigeons bustling about. A homely woman turned to me, and in a moment I had taken her picture as she offered me seed to throw to the birds. She is smiling bashfully and missing teeth. 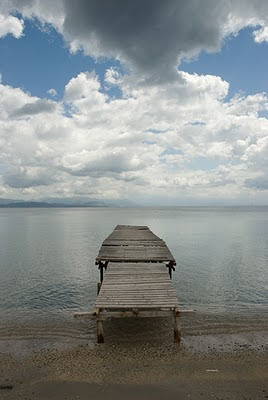 Some photos can be planned. When I was driving on the island of Corfu, in Greece, I came to a place called Ipsos and spotted a rickety dock that jutted into a lake. I stopped and as the gentle waves lapped the shore at my feet, set up a tripod and leisurely snapped photos. The result is a picture that has fullness and emptiness both. I call it Zen Dock. 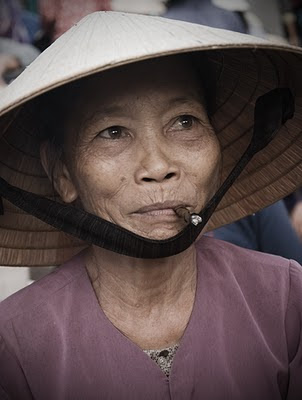 Sometimes, I knew a picture was waiting for me, but I would need to make special effort to get it. When I was in Hoi An, Vietnam, I heard of a fish market that was especially lively at dawn, when the fishermen arrived at a dock amid a crowd of clamoring and bartering women. Several mornings I rose with the sun to ride my bicycle to the place. Sure enough, I got great pictures. Among them is this shot of a woman who was squatting on her haunches, smoking a cigar under her straw hat.

Photos can record in a moment a picture worth a thousand words. While in Africa in the Serengeti game preserve, I met a group of Masai boys and could not have made a painting of them. But my camera was with me, and my brief encounter is now more than an isolated memory in my head. 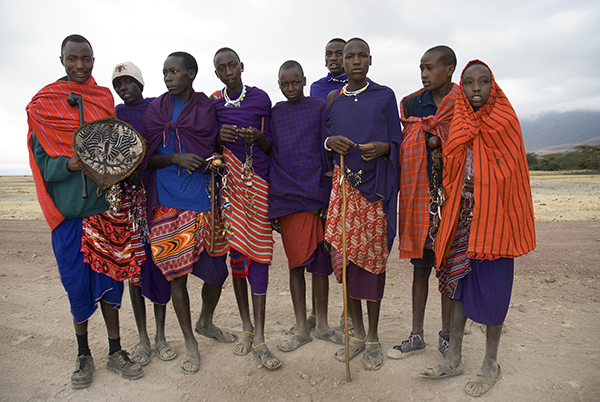 It's weird that photographers spend years or even a whole lifetime, trying to capture moments that added together, doesn’t even amount to a couple of hours.  ~James Lalropui Keivom

Photography records the gamut of feelings written on the human face, the beauty of the earth and skies that man has inherited, and the wealth and confusion man has created.  It is a major force in explaining man to man.  ~Edward Steichen