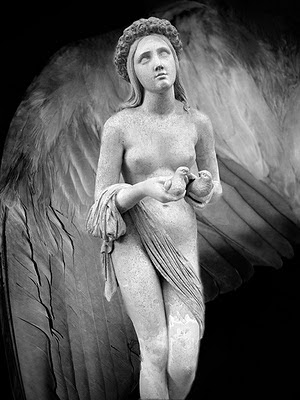 What is a muse? Muse in Greek mythology, is one of the nine daughters of Zeus and Mnemosyne, goddess of memory. Muses inspired and presided over the different creative arts. Sometimes artists are well aware that something bigger than themselves has taken over their creativity. In these moments they become like a hollow reed upon which a mysterious wind blows a sublime and fathomless melody. Afterwards, the startled artist steps back and says, Wow! Where did that come from?

As William Blake so eloquently wrote, the muse allows us
To see a World in a Grain of Sand,
And a Heaven in a Wild Flower,
Hold Infinity in the palm of your hand
And Eternity in an hour.

Thomas Edison was a great inventor, but I take issue with his statement, “Genius is one percent inspiration and ninety-nine percent perspiration.” I believe that when Michelangelo, at the age of twenty-four, produced his colossal sculpture, David, he was completely inspired by a force greater than himself that blew through his every fiber, giving him strength. Certainly he was a unique channel and his talents begged for inspiration that attracted Spirit. 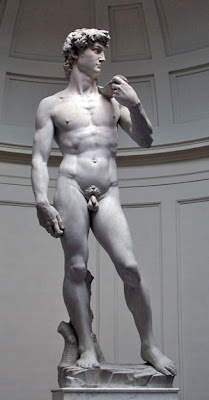 One of the greatest minds of all time acknowledges as much. Albert Einstein said: “One of the most beautiful things we can experience is the mysterious. It is the source of all true art and all science. He to whom this emotion is a stranger, who can no longer pause to wonder and stand rapt in awe, is as good as dead: his eyes are closed. Imagination is more important than knowledge. For knowledge is limited to all we now know and understand, while imagination embraces the entire world, and all there ever will be to know and understand.  ” And he said, “To know is nothing at all; to imagine is everything.”

Imagination is the ability to dream while awake and in that heavenly state, be surprised by the “sirens songs,” blowing from across eternity. Walt Whitman knew this. The great American poet wrote:

As for me, I know nothing else but miracles,
Whether I walk the streets of Manhattan,
Or dart my sight over the roofs of houses toward the sky,
Or wade with naked feet along the beach just in the edge of the water,
Or stand under the trees in the woods,
Or talk by day with any one I love,
Or sleep in bed at night with any one I love,
Or watch honeybees busy around the hive of a summer forenoon...
Or the wonderfulness of the sundown,
Or of stars shining so quiet and bright,
Or the exquisite delicate thin curve of the new moon in spring...
What stranger miracles are there?

The greatest artists, writers, inventors, et al. know that to truly be fulfilled is to actually lose oneself and wander in mystery . . . to be guided by strangeness and trust that a wild ride is towards the mystical ocean that is the beginning and end; both.

“I have no fear of making changes, destroying the image, etc., because the painting has a life of its own.” Jackson Pollock

When I was but a twenty-two year old art student, my homework was to do a self-portrait. Every night I stood in front of a mirror and painted. The task was arduous for I stared at myself for hours on end, trying to faithfully represent myself in oil paint on canvas. But something took over so that I became inspired to continue. In the end I produced a painting that went beyond myself and once I stepped outside of the creative reverie and brought my painting to class, I thought did I do that?  Well, I did, but my muse stood next to me, singing her siren songs.