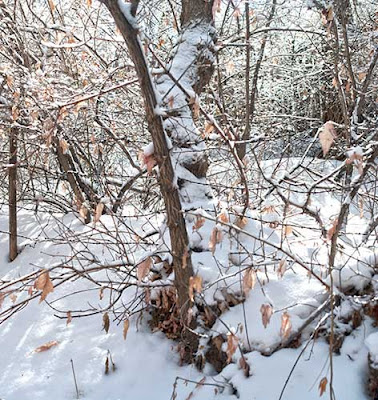 I live in a place that receives snow in winter, and although it can be inconvenient, it is also beautiful and poetic. When snow falls, the world changes in front of our eyes, it becomes silent, and shrouded, as if a blanket has been thrown over everything, and it is time to sleep.

"The first fall of snow is not only an event, it is a magical event. You go to bed in one kind of a world and wake up in another quite different, and if this is not enchantment then where is it to be found?" J. B. Priestley 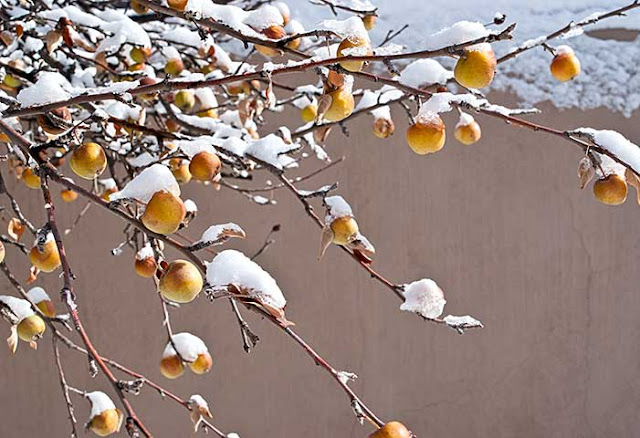 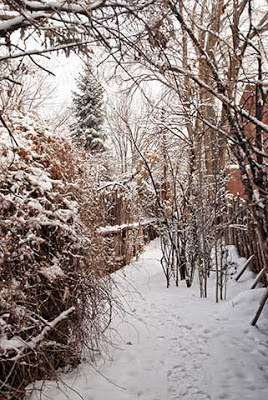 Today, as I drove to my gallery, I had to detour to take pictures of the magical landscape. It is only ephemeral, this vision, because as the sun warms the earth, the blanket melts away and sharp forms spring forth once again.

Did you know that very light snow is known to occur at high latitudes on Mars?

Here on planet Earth, the world record for the highest seasonal total snowfall was measured in the United States at Mount Baker Ski Area, outside of the town Bellingham, Washington during the 1998–1999 season. Mount Baker received 2,896 cm (1,140 in. - or 95 ft) of snow.
Posted by Steve at Sunday, December 16, 2012
Email ThisBlogThis!Share to TwitterShare to FacebookShare to Pinterest
Labels: New Mexico, Santa Fe, Snow, snow photography, snow poetry, snowfall, Steven Boone