The Bewildering Beauty of Paris 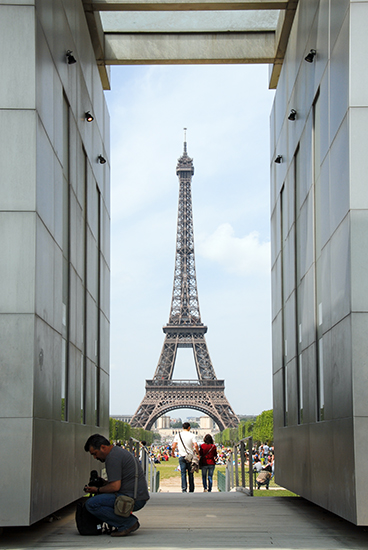 There is never any ending to Paris, and the memory of each person who has lived in it differs from that of any other. Paris was always worth it, and you received return for whatever you brought to it… Ernest Hemingway, in A Moveable Feast

Paris, France is considered by many to be the most romantic city in the world. Whenever I am here I often see couples stopping to kiss.  On the Pont des Arts Bridge by the Louvre Museum are thousands of love padlocks with the lovers names written on them and locked to the guardrails—the keys tossed away into the Seine River flowing underneath. And this is what Paris does—it fills the soul with intimacy and romance so that you want to throw your life into what Allen Ginsburg calls, “…the bewildering beauty of Paris.” 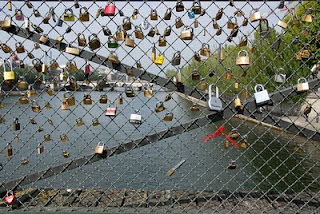 I am here with Heidi of the Mountains for five days before heading to Morocco. It is my fifth visit to this storied city and so I know the neighborhood of the Latin Quarter where I typically stay. The springtime brings people outdoors, so streets are crowded. To stroll is to smell expensive perfumes, see stylish dress, hear many languages, see wonderment in people’s eyes, and now when the temperature is perfect, see street performers with their song and dance. Occasionally one can stop and listen to the distinctive notes of an accordion player sitting on the curb playing tunes of bygone years, tin cup at his feet.

At the Louvre Museum, as usual, a crush of people ten deep are always crammed in front of the Mona Lisa. I get as much pleasure studying an exquisite early self-portrait by Albrecht Durer, (German, 21 May 1471 – 6 April 1528)—and I do not have to peer over any shoulders. 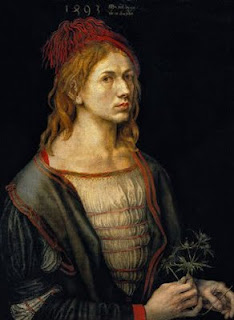 Yesterday we hiked many miles. From our hotel we walked over the Seine River to the Louvre, strolled into the Jardin Des Tulleries (gardens), continued to the Grand Palais and then followed the paths beside the Seine River to the Eiffel Tower. After four hours, we arrived back to the hotel. Within an hour we were back on the street, taking the Metro Subway to one of my favorite places—the famous Pere Lachaise Cemetery. I have been there several times and could easily spend days photographing among the graves, mausoleums and sepulchers. Among the famous people buried are Oscar Wilde, Edith Piaff, Frédéric Chopin, Honoré de Balzac, and perhaps the most visited grave—Jim Morrison, formerly the lead singer for the Doors.
We were so entranced meandering among the graves that when the bells sounded at closing time we barely noticed. Later, Heidi noticed nobody around us and said "I hope we are not closed in here." I laughed and joked that I would choose which mausoleum to sleep in and she could choose hers. She did not find it funny. In fact, when we arrived at the gate it was locked and we guessed that we might not get out. After a slight panic, we eventually found a guard who stared at us with a disgruntled look and shoved us through a gate onto the street.
On the way back we got lost in the subway and took some wrong trains. But it is not so bad—being lost in Paris.

Heidi of the Mountains is full of wonder, and commented that seeing the grandness all around “sure beats looking at adobe walls.” She wants to stay longer but our course is set, so we go to Morocco tomorrow. 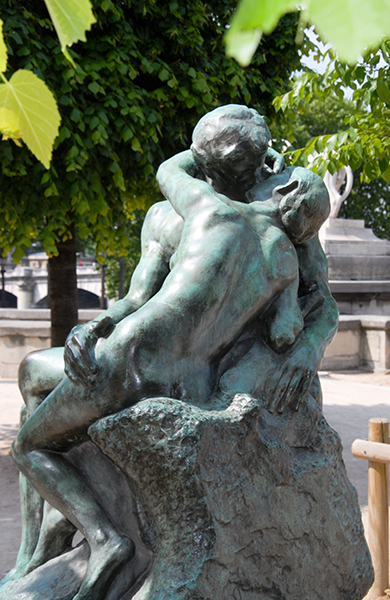 A few days ago a terrorist attack occurred in Marrakech and that is where we go first. Now that the USA killed Osama Bin Laden, I do not know what repercussions may occur. But to live in fear is something impossible for me. It is what terrorists want and we must not give them what they are after. I think that the good people of Morocco will be especially grateful for our arrival.
See my other Paris journals from previous visits: This is Paris,  Cinderella,  Travel Along The River Of Life
Posted by Steve at Monday, May 02, 2011
Email ThisBlogThis!Share to TwitterShare to FacebookShare to Pinterest
Labels: Albrecht Durer, Louvre Museum, Love locks, Paris, romance