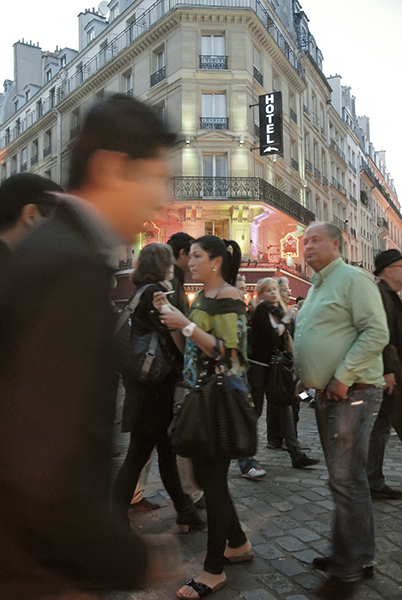 Now that I have returned to the United States, I feel as if I am emerging from one month of wandering through a complex labyrinth. I seldom felt as though I walked in a straight line, but rather meandered, lost in wonderment, through a maze of experiences that curved, twisted and bent through cities, fields, mountains, deserts and oceans, among people who spoke languages I could not understand, sleeping in many different beds in various exotic abodes, eating unusual foods and learning to live where the sunrise is eight hours earlier.

While in the labyrinth, I did not feel particularly lost, even when I was sometimes traveling in the “wrong” direction, because I believe in THE DREAM, where everything has a purpose, even being lost. In Paris, the maze of tunnels under the city that carry the millions of subway passengers can be daunting, especially if one does not speak French, but being lost can have it’s pleasures. On the streets, I walked miles over the cobblestone avenues amid row after row of shops, café’s and hotels. An air of sophistication permeated everywhere, as if Paris was the seat of refinement for the world. In the Louvre Museum, I walked for hours over the marble floors, admiring some of the best artwork in the world . . . and also found myself in Pere Lachaise Cemetery, wandering amid the tombs of some the same great artists whose work is in the Louvre. 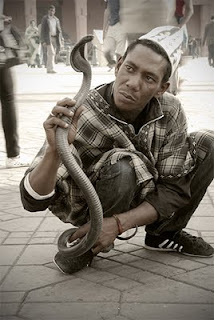 Morocco held many firsts for me: Drinking fresh squeezed orange juice every day for three weeks, seeing a snake charmer handling a live cobra, riding a camel and sleeping in a Bedouin tent under a full moon, being in a sandstorm, using a toilet and rinsing my butt with my hand dipped in a bucket of water used for that purpose, hearing the Muslim call to prayer blasted from loudspeakers at mosques every day for three weeks, eating olives at every meal, wearing a caftan and eye liner, seeing a woman go bathing in the ocean while fully dressed, including head scarf, (a wave knocked her down and she smiled at me with the same look of wonderment and glee as anyone would), pouring rose water in my eyes and also drinking it, seeing a herd of goats grazing in a tree while balanced on its branches, walking through a tannery, among the hides of animals being treated in smelly vats of pigeon excrement, looking west over the Atlantic ocean to see the sun set, drinking mint tea five times a day, being in a country where marijuana and hashish is legal but guns and alcohol are not. The medina’s, the souks and mosques, endless flocks of sheep and goats over the countryside, sometimes tended by children, fields plowed with horses, women covered from top to bottom with clothing to show Islamic modesty and discretion even while working in fields, fresh fruit and vegetables in every market, the call to prayer broadcast over loudspeakers five times a day, even in the smallest of villages. . . all the myriad sounds, sights, smells and sensations contributed to make me astonished and surprised at every turn. 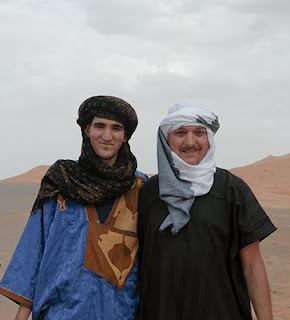 In Spain, when I visited Antonio Gaudi’s (1852–1926) Sagrada Familia, a UNESCO World Heritage Site, I was sure the cranes would be gone from my previous visit, three years earlier, but they are not . . . it has been a work in progress since 1882 and is not expected to be finished until 2041.
Posted by Steve at Sunday, May 29, 2011
Email ThisBlogThis!Share to TwitterShare to FacebookShare to Pinterest
Labels: Barcelona, goats in a tree, Morocco, Paris, The Dream, World Travel